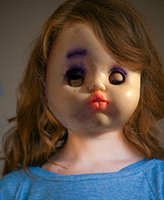 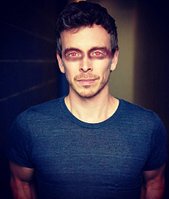 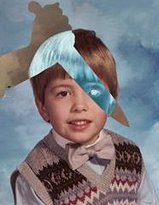 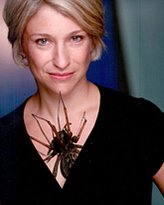 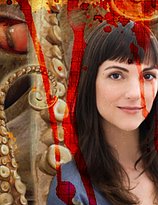 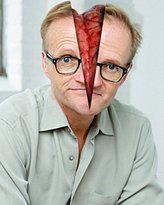 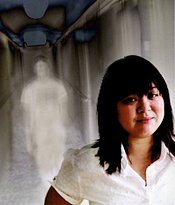 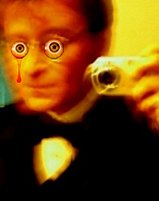 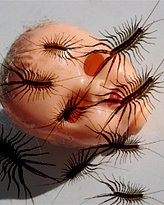 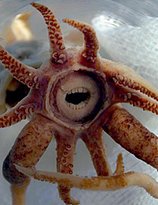 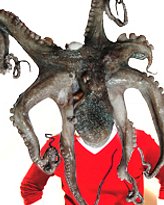 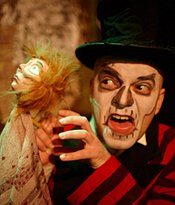 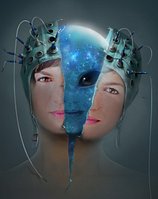 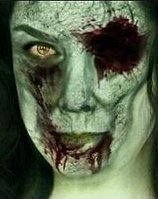 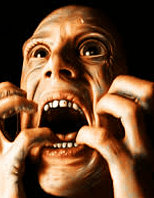 Sandi Becker strikes fear into the hearts of the weak and foolish. She has retractable fangs. And, due to a recurring battle with Early Onslaught Lycanthropy, has become a passionate advocate for promoting tolerance to Werewolfism in school age children. She can kill you with a look, and if you are not in bed by 9 o’clock, she’ll come to you in the darkness, slip you into a bag made from cat skin, and take you to her moldy, mildewed lair. What will happen there? No one has lived to tell the tale.

Melanie is a set and costume designer who created the non-Euclidian, mad-blasted, architecturally anomalous, temple of unholy abomination, known to the students at Miskatonic University as the Pit with a Thousand Steps. Her efforts on this project won her two Dora Mavor Moore Awards, a pickled Siamese twin in a mayonnaise jar, and a thirty-year stint in a padded room at Ravenscrag Asylum for the Mentally Deranged. It is said that her fingernails are made of needles, and to look into her eyes is to see one's darkest, most secret fears writ large across the sky, in words penned in streaks of lightning. I have feared many dark things in my life. But I fear Melanie most of all.

Adrianna is a dead, red-headed girl who lurks in the bottom of an old, dry well. And if you throw a penny in, and whisper a little wish, she scoops your words up, in her cracked, grey hands, and swallows them, chewing your dreams into tiny, broken little pieces, so they can never come true. That's why, some nights, when you can't sleep and you are all alone in the darkness, you almost hear the empty sussurrus of distant cackling. That is Dead Adrianna, at the bottom of the well, giggling maniacally over your masticated dreams. @adriannap  www.adrianna-prosser.com

Board of Directors
Samara Nicholds, president

Eric Woolfe was born the bastard child of an itinerant sideshow contortionist, and a door-to-door alienist. He began his career at the age of eight and three quarters, when a national famine forced him to follow his mother's twisted feet into show business. Following failed careers as a learned pig tamer, flea circus promoter, and gaffed armless calligrapher, he formed Eldritch Theatre after losing a bar bet. He is now an actor, writer and puppeteer, as well as being a noted spiritualist huckster. He is often visited by the ghost of his beloved miniature schnauzer, Schubert, who offers Mister Woolfe valuable career advice, such as “You should chase more squirrels," and “You better hide in the basement when there is thunder outside.” Mr Woolfe has my credits, projects and award nominations, but his favourite by far is George A Romero's maritime western zombie masterpiece, Survival of the Dead.   @EricWoolfe