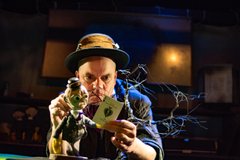 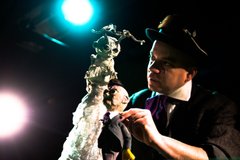 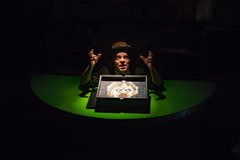 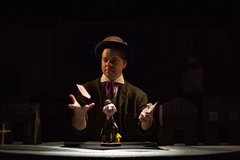 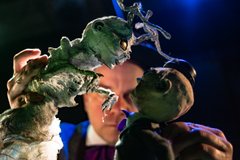 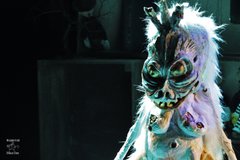 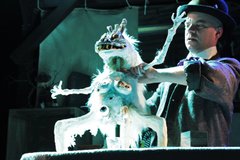 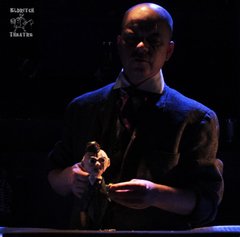 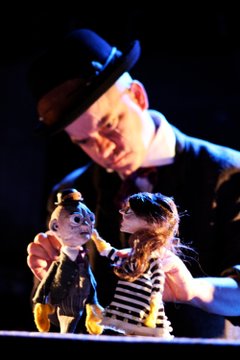 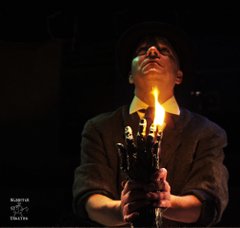 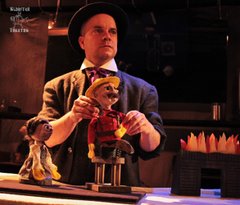 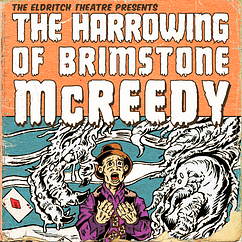 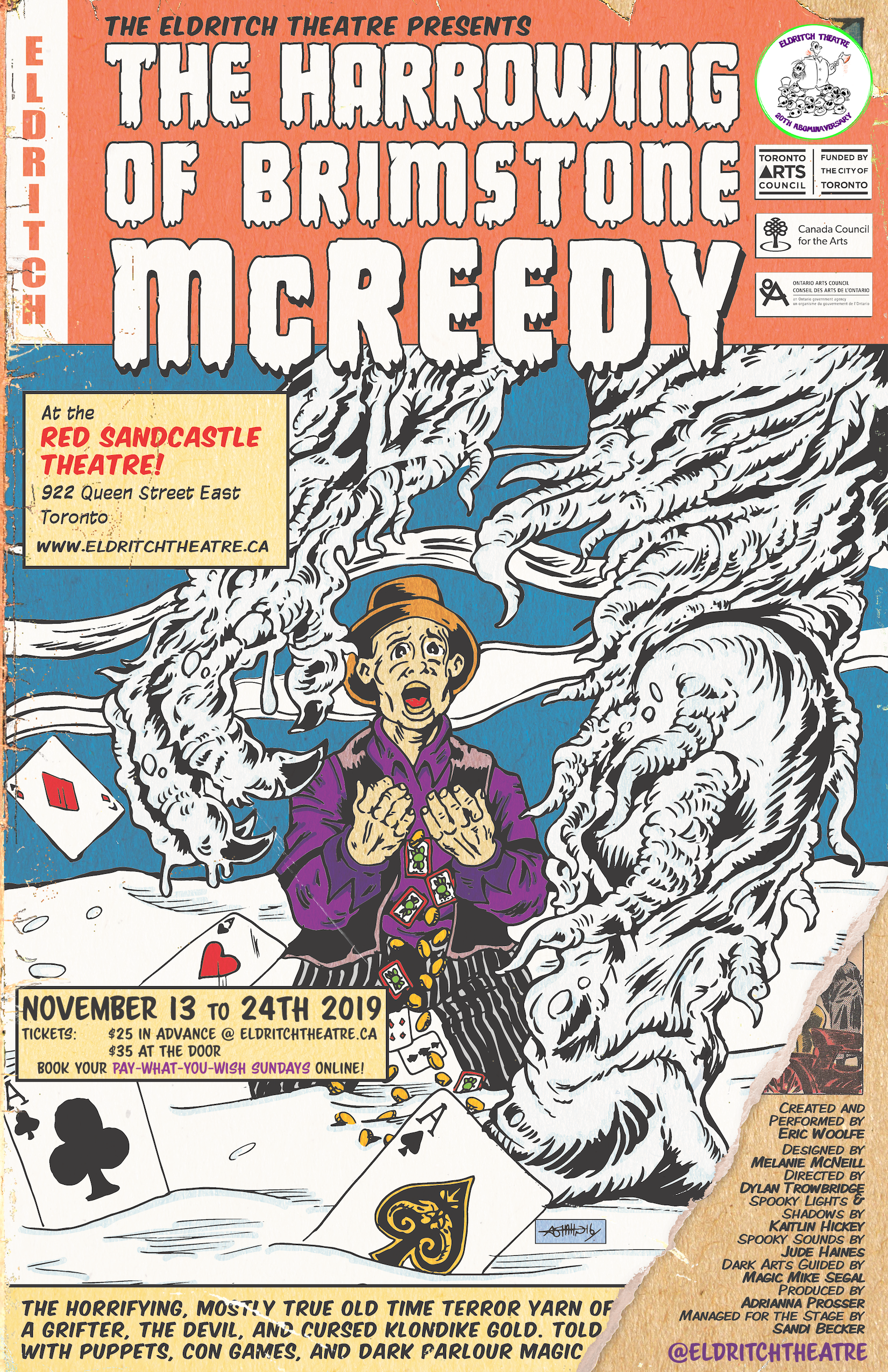 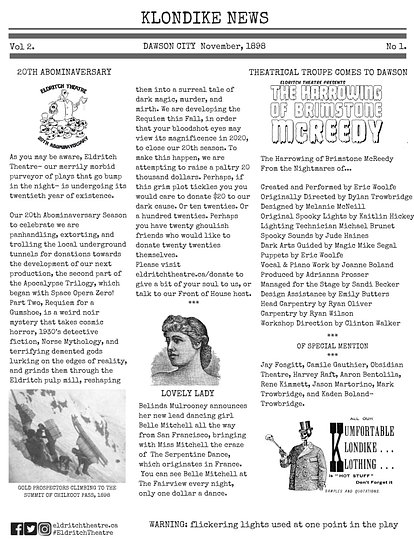 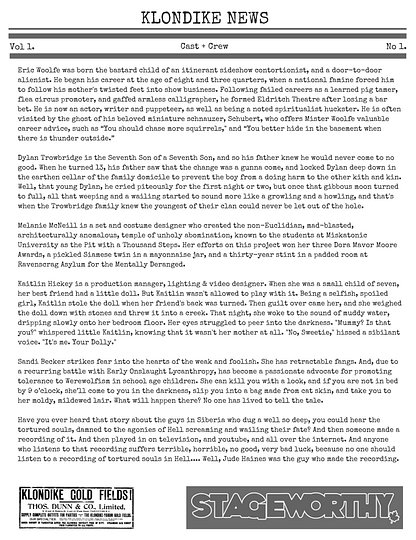 (above) Photos by: Lyon Smith

THE HARROWING OF BRIMSTONE McREEDY

Toronto's only theatre company specializing in demented takes of horror and the uncanny, told with live actors, puppets, the magical arts, and an anarchic soul of giddy ghoulishnes.

Eric Woolfe and Samara Nicholds formed Eldritch Theatre in 1999 and has since been nominated 25 times for Dora Awards for their outstanding horror productions. Eldritch shows are "Toronto’s Spookiest Stage Shows” (Torontoist) and in “Toronto’s Top 5 Shows To See” (Culture Trip). This fall make Eldritch Theatre a tradition as it’s a “great way to continue the Halloween spirit,” (NOW Magazine).

"...mix of history, horror, magic and miniatures is well integrated into a total
experience, culminating in a spine-tingling conclusion."​  -NOW Magazine

The Harrowing of Brimstone McReedy is a new play by Eric Woolfe (House at Poe Corner, Doc Wuthergloom’s Haunted Medicine Show)) who uses puppets and close-up magic based on the Faust Legend. An eerie tale of unholy larceny and Klondike gold. Based on the sworn testimony of the miserable souls who survived this terrifying ordeal. Strange things loom in the midday moon, where lost men moil for gold.

"Weaving the tale with magic, puppetry and a gruesome version of the shell game, Woolfe is a deft and entertaining storyteller." - Life With More Cowbell

Our hero, Brimstone, is caught up in the Canadian Klondike Gold Rush of 1897.  An alchemy of historical fact, ancient legend, true stories of Old West grifters and card sharps, the works of HP Lovecraft, Algernon Blackwood and Robert Service, and a good deal of heartbreak and whimsy, this epic tale tells the story of a two-bit conman and how he lost his true love to the dark spirits of the North as a result of his greed and lust for gold and “the sure thing” game.

Directed by Dylan Trowbridge came to rehearsals, “Looking for fun and danger and sin… to lure the audience in, then blind side them the darkness of our world.” With music by Jude Haines and lightening by Kaitlin Hickey the design of your experience led by Melanie McNeill was to evoke a Den of Sin.

"Fantastic sleight of hand tricks...captivate the audience and pull them into the
Lovecraftian world of Brimstone McReedy."​- Mooney on Theatre

Try your courage with enhanced ticket option of the post-performance demonstration of Gambler Cheats and Confidence Tricks both Natural and Supernatural held in the Creepy Basement of the Theatre.

The Harrowing of Brimstone McReedy

Harrowing of Brimstone McReedy premiered at the Red Sandcastle Theatre, in Toronto on October 27th, 2016.

(above) Photos by: Adrianna Prosser